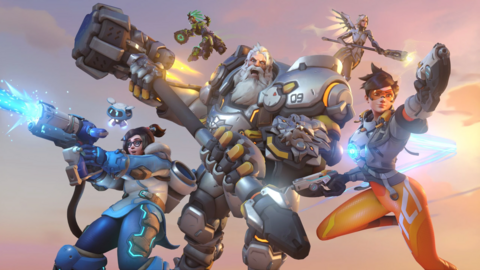 Ahead of the launch of Overwatch 2 next month, Blizzard has released a preview of the changes players can expect. One of the big changes from previous betas is a new passive ability for each hero class, with DPS role-playing characters getting a speed boost.

In betas, DPS heroes have retained 30% of their ultimate power when replaced with another character, and this buff will also apply to Tank and Support heroes. To give DPS characters a more clearly defined role, Blizzard explained in a blog post that these heroes will benefit from passive movement and increased reload speed after taking out an opponent.

“We are introducing a new passive in DPS that increases movement and reload speed by 25% for a short window after elimination,” explained Blizzard. “We believe this change is the right balance to reward players who perform well in the Damage role without being overwhelmed. However, in future seasons, we may continue to experiment with what these passives do as we try to regularly shake the meta.”

Blizzard also detailed changes made to some of the rosters, including Orisa’s base health and armor slightly reduced, D.Va’s booster impact damage rate more than doubled, the caster’s primary fire damage. biotic of Baptiste receiving a mild buff and Bastion’s Ironclad passive is reactivated. Blizzard added that Overwatch 2 will have a 9-week seasonal cadence that will introduce new maps, heroes, game modes, and more for players.

Overwatch 2 enters early access on October 4, 2022 for PC, PS5, PS4, Xbox Series X | S, Xbox One and Switch. This will consist solely of the game’s PvP mode, with PvE mode coming in 2023. Starting October 2, Overwatch’s original game servers will be shut down and converted to Overwatch 2, Blizzard confirmed.

GameSpot may receive a commission from retail offers.

The products discussed here have been independently chosen by our editors. GameSpot may get a share of the revenue if you buy anything on our site.

Classic WoW players are in hell of the mines